The dike stabilizers are inserted in the test field using a machine specially developed by JLD Contracting. 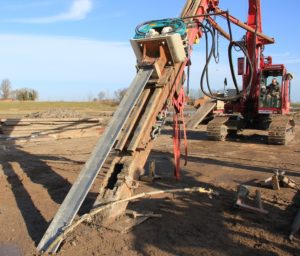 Currently almost all the test are completed in this stage, the results are satisfactory.

Meanwhile, preparations for implementation of the next phase trails, the container tests are being made. 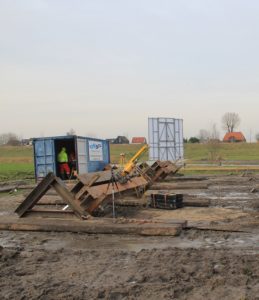 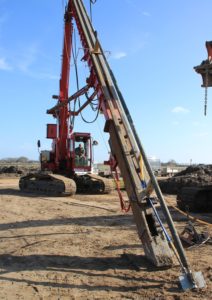 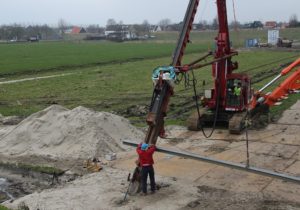 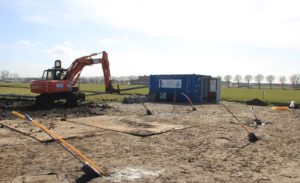